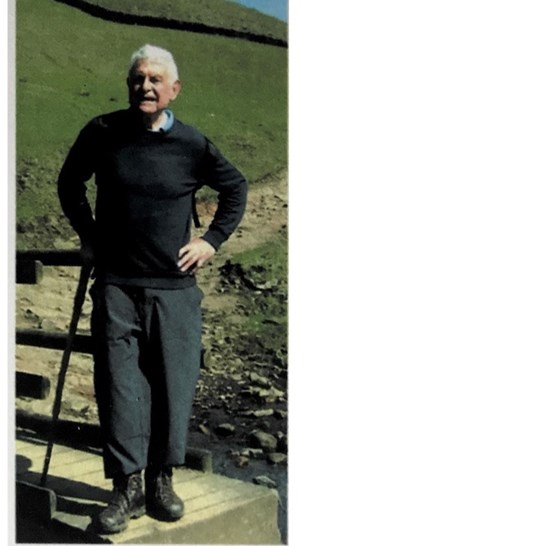 Last Thursday we laid our friend and team mate Bob Pinfield to rest after he lost his long struggle against COVID 19 Bob joined the club in the late 70s and was always a very popular player amongst his fellow teammates. Those who played with Bob will all have a favourite ‘Bob’ story most to do with his short-sightedness from playing on the wrong pitch with the wrong team, tackling his own teammates, running the wrong way etc etc - all fond memories for the older generation. After he finished playing he continued to support the club in any way he could along with his wife Lesley and was an ever present at club luncheons and fund raising events. He was one of the friendliest, warmest and well liked and respected members ARUFC has ever had, certainly in my era and will be greatly missed - may he rest in peace

Words from our Chairman : Bob was a constant, if undemonstrative spectator, supporter and helper. At home games he preferred to stand on the far side of the main pitch, away from the crowd, where he could be quietly amused by the rantings of opposing coaches and handy to pop up the slope to see how the other teams were doing. If there was a player he didn’t recognise he wanted to know who they were. He was always supportive but don’t think I ever heard him criticise anyone. He always dragged a couple of post pads up to the lock up or collected the flags. He always came to Legion and enjoyed chatting to young and old. More often than not he would walk or cycle down from Mayfield to watch the junior teams on a Sunday. Years ago (Steve Maz was colts captain) he saw me, early in the season, setting off with the colts kit on a Sunday morning. He decided I needed a hand and subsequently came to all the home and away fixtures as self appointed “bag man”. He was always available to come with me to an away game irrespective of the team or the distance, although his view of what was appropriate attire for pre-match lunches was not conventional. In short, whether it was France at Twickenham, the 4ths away at Wolverhampton or just forking the rec to get rid of the standing water, Bob was always there and the ideal companion. We’ll miss him.”